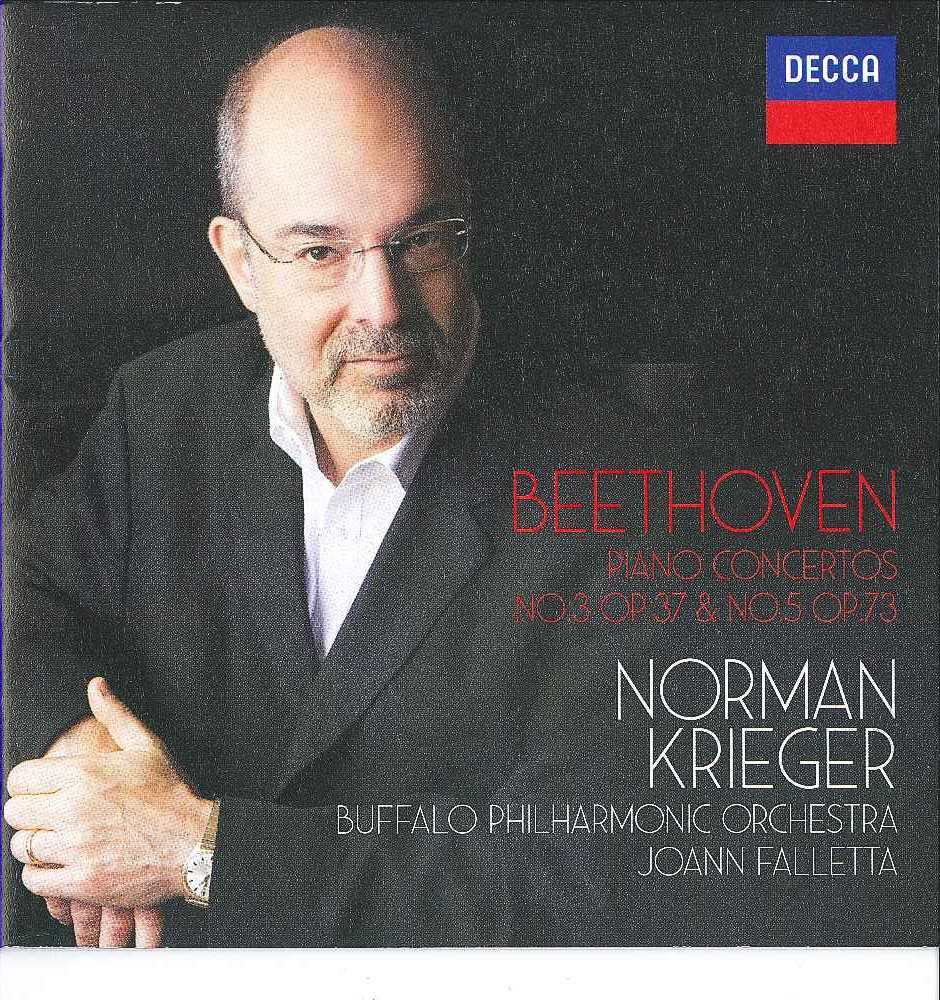 “This coupling has much to recommend it…There are no fads or fancies; rather we get the music straight from the hip.”

My understanding is that this release is currently only available in South Korea and also direct from the Buffalo Philharmonic. No doubt the artists involved hope for an international release (the 481 number) and to complete their Beethoven Piano Concerto cycle.

This coupling has much to recommend it. Very well recorded and, for all that the tapings are ten years apart, consistently so (the mastering was done only in April 2017) – spacious yet focussed and with good balance between piano and orchestra. Indeed the very naturalness of sound – one could be at the concerts captured here – is reflected in the performances. There are no fads or fancies; rather we get the music straight from the hip, considered as to tempo (consistently well-judged for articulate expression and buoyant direction) and dynamics (pertinent and ear-catching) and revealing Norman Krieger and JoAnn Falletta as working well and stylishly together and that her Buffalo players are not only well-prepared but very productive confreres – powerful and sensitive, with a very personable woodwind section.

In the C-minor Concerto, Krieger plays with admirable poise and crispness, and without affectation yet with no lack of personality and variety, the lengthy orchestral introduction setting the scene with boldness and clarity. The slow movement is a particular highlight, taken spaciously (to match the Largo marking) there is much eloquence to savour, to which the Finale is a lively and rhythmically vital riposte, the coda a jolly scamper, C-minor now C-major.

A decade on, the ‘Emperor’ receives a grand outing, moments of repose especially well brought into play as part of a first movement that is a little less ‘colourful’ than its C-minor counterpart, orchestral textures somewhat opaque at times, but it’s a magisterial and committed conception that stays on-track if not quite emulating the promise of Concerto No.3. The Adagio is broad and romantic, not as moon-lit as it can be if undeniably affecting, and the Finale is shapely as its runs its robust course, flexibly and with dynamism, although the timpani at the close, dialoguing with the piano, are a bit blurry. Throughout both Concertos, whatever happens is the result of considered musicianship and polished teamwork. To emphasise the singularity of these renditions, applause is retained, and the star-rating reflects the huge discography this repertoire has amassed.