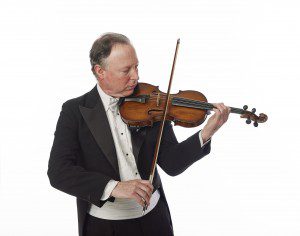 Alan Ross joined the first violin section of the orchestra in 1982 under Julius Rudel. He attended the Cleveland Institute of Music, the Philadelphia Music Academy and the University of Cincinnati College Conservatory of Music. Prior to his tenure in Buffalo, he lived in Venezuela for three and a half years, and played in two different orchestras during that time. In Venezuela, he began a teaching career that continues  to this day. He taught at Eastman and SUNY Fredonia, and now teaches out of his home. He spends a great deal of his free time with his two grown children and his two grandchildren, all of whom have settled in the Western New York area.