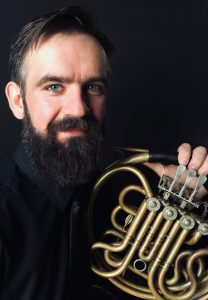 Daniel Kerdelewicz is Associate Principal Horn of the Buffalo Philharmonic Orchestra, a position he has held since 2009. Prior to his BPO appointment he held positions with the National Forum of Music, the Polish National Radio Symphony Orchestra and the Representative Band of Polish Land Forces.

Mr. Kerdelewicz was born and raised in Eastern Poland and earned his master degree at the Karol Lipinski Academy of Music in Wroclaw. In addition to his duties with the BPO he has also performed and recorded with the Boston Symphony Orchestra, the Boston Pops, the Pittsburgh Symphony Orchestra and the Chautauqua Symphony. In the Summer Mr. Kerdelewicz enjoys performing as Principal Horn with the Finger Lakes Opera. He has participated in numerous music festivals around the world such as Warsaw Autumn, Beethoven Easter Festival, Spring for Music at Carnegie Hall and the Pacific Music Festival in Sapporo, Japan.

Mr. Kerdelewicz has soloed with the Buffalo Philharmonic Orchestra, and in 2009 performed the world premiere of Concerto for Horn, Saxophone and Orchestra by Wojtek Blecharz with the Polish National Radio Symphony Orchestra.