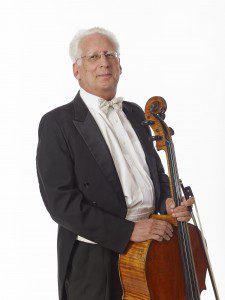 During his BPO tenure, Monte has served the BPO as a Board Director and member of the Finance and Endowment Committees as well as the musicians' negotiating team.

Monte is an avid collector of arts, antiques, and real estate, and is an active member of the Buffalo Tennis and Squash Club.