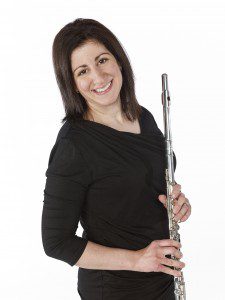 An active recitalist, chamber musician, and clinician, she has performed solo recitals across the United States and in Spain. Natalie has appeared as soloist with orchestras in Indianapolis, Boston, and Buffalo and has been a featured soloist at the National Flute Association Convention.