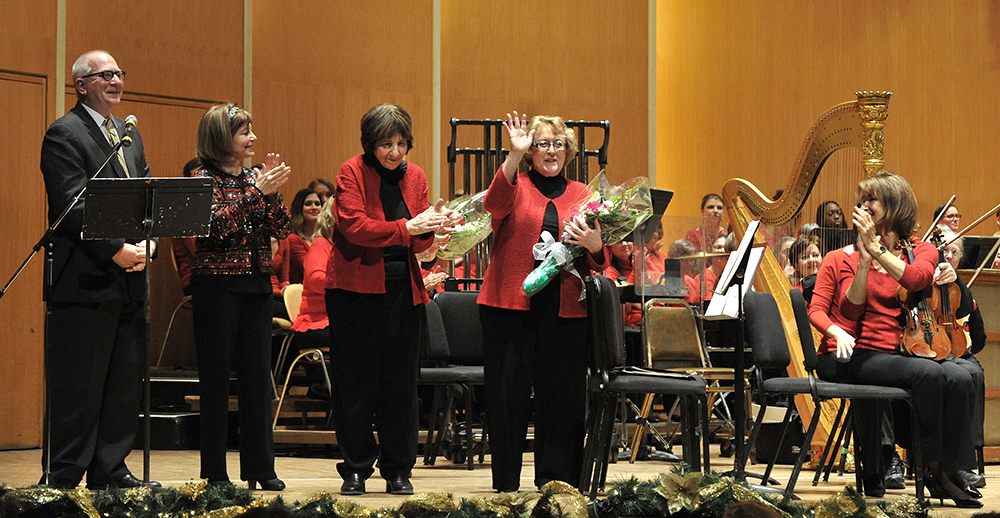 Nanna and Thomas began their orchestral careers on Oct. 3, 1966, under Lukas Foss. Since then, they have performed with the BPO in Europe and at Carnegie Hall, appeared on more than 50 recordings, and worked with many of the leading musical artists of our times.

Marylouise Nanna is a native of Western New York, and currently lives in the house built by her grandparents. In addition to her achievements as a violinist, she is also a conductor and the founder of Ars Nova and Viva Vivaldi. She was the first woman to conduct the National Symphony Orchestra. For these achievements, she was inducted into the Buffalo Music Hall of Fame in 2012. She is also a recipient of Fulbright and Woodrow Wilson fellowships. She holds an honorary doctorate from Canisius College. She is a graduate of The Juilliard School and of Accademia di Santa Cecilia in Rome.

Thomas is originally from Allentown, Pennsylvania. She earned her undergraduate and graduate degrees at Eastman School of Music, and studied at the Fontainebleu School in France. She was a featured soloist with the BPO several times in her career, including on Daron Hagen’s Songbook for Solo Violin, Strings, Harp and Percussion, which appears on the best-selling Built For Buffalo disc. She is well-known for her roles as an educator and chamber musician in addition to her career with the BPO. She currently teaches at Canisius College, Buffalo State College, and Brock University. She is only the seventh person in the history of the BPO to serve as a full-time harpist.

Music Director JoAnn Falletta and Executive Director Dan Hart honored Nanna and Thomas from the stage at the Classical Christmas concerts on December 8 and 9, 2017. In his remarks, Hart noted that more than five million people had heard them perform over the years. After the Saturday night concert, their fellow musicians held a retirement party for them and presented them each with a gift. The BPO was fortunate to have their talent and dedication, and they will be missed very much.